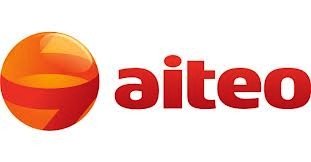 Chuks Isiwu
07 November 2017, Sweetcrude, Lagos – Aiteo, one of Africa’s fastest-growing energy company, says it has no plans to sell its stake in the Nigerian Oil Mining Lease, OML, 29.
The company disclosed this as it debunked allegations that it had put up a portion of the shareholding of the company that holds the asset to repay a loan.
According to the company, in a statement issued Monday, since Aiteo’s takeover of the asset, it has successfully quadrupled production that it would be commercially inept to consider a disposal of any sort.
Also, ownership of the oil block is made up of several legitimate entities that makes it impossible for Aiteo to unilaterally consider disposing of the asset.
Aiteo urged the public to disregard the rumours.
The statement by the company read: “It has come to our notice that some fraudsters running a reports-for-cash syndicate, about whom we raised alarm so very recently, are suggesting that a portion of the shareholding of the company that holds the asset, OML 29 had been put up for sale to repay a loan.
“For the avoidance of doubt, Aiteo has neither considered, initiated, nor announced the commencement of any plans to sell off any of its stake in OML 29. The reasons are patently clear. First, since the takeover of the asset we have successfully quadrupled production that it would be commercially inept to consider a disposal of any sort, now.
“Second, there are several legitimate entities that constitute ownership of the oil block, such that it would be practically impossible for us to unilaterally consider disposing of the asset. As such, we urge the public to summarily disregard these unsavoury and fabricated reports in their entirety”.
It continued: “The claim that Bruce Burrows’ recent appointment as our Chief Financial Officer is aimed at finding a buyer for part of Aiteo’s assets is spurious and demonstrates that the publishers’ understanding of the commercial realities in the operation of assets such as OML 29 is shallow.
“All of our stakeholders familiar with our strategic vision can attest that Aiteo continues to invest in the right people to deliver on that vision. Mr. Burrows’ appointment is simply to further strengthen our financial discipline as one of the most innovative, reliable and diverse oil and gas companies operating in Nigeria today. Mr Burrows joins a team of highly trained, experienced and world-class talent that currently guide the day to day activities of Aiteo”.
The company stated that “OML 29 was indisputably, legitimately and transparently secured in an internationally conducted divestment by the private entity, Shell”, adding: “The funding of this acquisition was made possible through a syndicated loan involving several Nigerian banks. Since then, we have continued to meet our financial obligations as and when due, like every other responsible, global conglomerate of our stature.
“Aiteo is professionally run with strong corporate governance practices very actively in place and within a structure that insulates the company from the vagaries that typify the Nigerian one-man entity.
“As we have repeatedly asked, we wish to be allowed to continue to prosecute the drive and vision that we have committedly pursued to place ourselves and the country at the cutting edge of the Oil Industry, worldwide.
“Those who seek to distract us from this objective will find that we will defend our position and integrity with the same application and commitment as we continue to demonstrate in the success we have achieved!” the statement added.