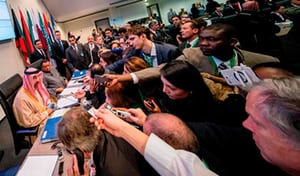 He spoke in Vienna, Austria, on Thursday at the 173rd meeting of the OPEC Conference, saying the decision had been unanimous, “a solid decision to extend deal through December 2018”.

According to him, the six observing countries also endorsed the agreement.