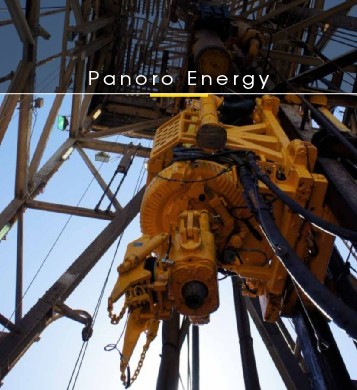 The company disclosed this as it reiterated its commitment to the Oil Mining Lease, OML, 113 project which has been rocked by crisis, highlighted by Panoro’s disagreement with the co-venturers and its filing for arbitration against the joint partners over what it termed an invalid cash call and incorrect application of Joint Operating Agreement, JOA, provisions.

The joint venture partners last week entered into fresh agreement covering operational and financial issues, and demonstrating their commitment to the project.

Reporting the burying of hatchet by the co-venturers, Panoro Energy stated that with the agreement, the OML 113 joint-venture partners committed “to support the current oil project and to move forward with the development of the Turonian gas reserves”.

“We are very pleased to have reached this meaningful agreement and believe this outcome is in the best interest of Panoro and our Aje JV Partners.

“In the meantime, we will continue constructive discussions with our JV Partners towards finalising a full settlement of the outstanding arbitration and litigation as soon as possible. We look forward to working all together towards our common objective of making the Aje oil project successful while realising the significant potential of the Turonian gas development,” John Hamilton, Chief Executive Officer of Panoro, said in a statement by the company.

The statement said Panoro was pleased to report that continuous efforts to reduce costs at Aje have already resulted in a material decrease in the overall operational expenditures, adding that other commercial arrangements and adjustments were being implemented and were expected to improve operating margins for the Aje JV partners.

It stated that “As previously announced, Panoro remains committed to explore all options to maximise value at Aje, including, but not limited to, a partial or full divestment of its participation in OML 113”.

According to the statement, the Aje JV partners agreed governance and funding arrangements which allow all partners to participate in decision-making as regards operations in the field

They also agreed that operations would be solely funded from revenues from crude oil sales and payment moratorium on any past unpaid and uncontested cash calls (some JV partners, including PPAL, have outstanding amounts due, as previously disclosed.

They resolved that no Aje JV partners will require any other partners to withdraw from OML 113 and that certain ongoing litigation and arbitration proceedings among the partners be suspended.

There was also an agreement that all JV partners will use best efforts to negotiate and enter into an amicable settlement of all disputes as soon as possible.