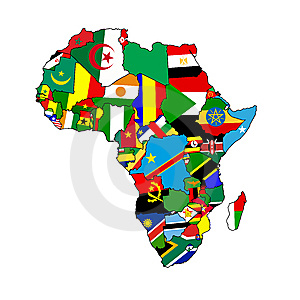 24 July 2012, Sweetcrude/African Press Organization (APO), ADDIS ABABA, Ethiopia – Preparations for the 2nd Africa Trade Forum (ATF II) are underway on the theme: “Boosting Intra-African Trade and Establishing the Continental Free Trade Area (CFTA)”. The forum is a joint initiative of the Economic Commission for Africa (ECA), the African Union Commission (AUC) and the African Development Forum (AfDB) and is scheduled to be held from 24-26 September 2012 in Addis Ababa.

According to Mr. Alan Kyerematin, Head of the Africa Trade Policy Forum at the ECA, ATFII is being organized against a backdrop of increasing commitments to boosting intra-African trade and establishing a CFTA. “The outcomes of ATF I held in 2011 provided substantive input into the preparations for the January 2012 African Union Summit of Heads of State and Government meeting on the theme; Boosting Intra-Africa Trade.” Mr. Kyerematin adds that the Summit formally endorsed a Framework, Road Map and Architecture for fast tracking the establishment of the CFTA and an Action Plan for Boosting Intra-African Trade.

ATF II, says Kyerematin, will review key challenges in implementing the agreed Action Plan on Boosting intra African Trade and establishing the CFTA and forge an implementing strategy in that regard.

The results of the January Summit are an important step made by our Heads of States and Government, he says, and adds that the Framework, Road Map and Architecture specifically calls upon ECA, AfDB and other relevant development partners to support the implementation of the Action Plan and the establishment of the CFTA. Further, ECA, AUC and AfDB, as well as other relevant agencies have been requested to take appropriate measures including studies, technical support to the Regional Economic Communities and sensitization of Member States and partners, for the effective implementation of the CFTA Road Map.

“We have an ambitious programme of action for the development of trade in Africa to deliver on,” urges Kyerematin. “ATF is therefore designated as one of the supporting structures and building blocks for the establishment of the CFTA.”

ATF is a platform for inclusive policy dialogue between various trade constituencies to deliberate and agree on common approaches and strategies for implementing the Action Plan on Boosting intra-African Trade and the establishment of the CFTA.

The forum will agree on specific inputs into the African Ministerial Conference on Trade to be held later this year. It is also expected to adopt a Strategic Implementation Framework for the Action Plan on Boosting intra-Africa Trade and establishment of the CFTA; and strengthen commitment by African member States and trade constituencies to build effective strategic partnerships for implementation.