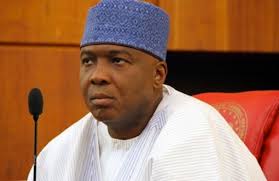 19 January 2017, Sweetcrude, Abuja – The Senate has rejected the report of its Committee on Petroleum Resources (Downstream) that investigated the Premium Motor Spirit (PMS) crisis across the country.

Senators, who spoke after the presentation of the report by the Chairman of the Committee, Senator Kabiru Marafa, took a swipe at it, with some senators concluding that the report was not written by the committee, but by Nigerian National Petroleum Corporation (NNPC).

The lawmakers, who noted that the 16-page report did not meet their expectations, lamented that it, however, energised the corruption that was ongoing in the sector, and not a representation of Senate’s integrity.

Senator Ali Aidoko observed that the fundamental issue, according to the oil marketers, was that of subsidy, “but the committee is telling us they did not discuss subsidy.”

“There were differentials and the committee was silent on it. This looks like a report of the NNPC,” he added.

Senator Nafada Bayero also faulted all the recommendations in the report except the one calling for full deregulation of the downstream sector.

“It looks like a report that was imported to the Senate. The committee should go back and bring its own report, not the one written for it,” Nafada said.

Similarly, Senator Dino Melaye stated that the report, if adopted, would strengthen the corruption that was already going on in the oil industry.

At the end of the tongue-lashing of the interim report, the Senate resolved that the committee should take it back and do a more thorough investigation on the real volume of petrol imported into the country as well as issues that led to the scarcity which is still lingering.

Meanwhile, in his own reaction on the investigation into discrepancies in the fuel subsidy regime, the Senate President, Dr. Bukola Saraki, denounced it purported reintroduction as “fraudulent”.

Saraki, in a statement released to the media yesterday, said the ongoing debates in the Senate were aimed at enforcing reforms in the oil and gas sector, including bringing an end to the lingering fuel scarcity.

“Today, the Senate debated the interim report of the Senate committee on downstream petroleum on the fuel scarcity crisis in the country. This interim report stirred up a debate on the floor about the ongoing scarcity, the subsidy regime and ways to make the oil and gas sector more efficient,” the statement read.

Commenting on some of the reforms, he said the Senate committee would look into issues bordering on ending fuel scarcity and uncovering “fuel subsidy fraud”.

“I spent a lot of time on this fuel subsidy issue during the seventh senate (2011 to 2015). It was my motion that brought this topic to the national discourse — hence, it is something that I know a lot about,” the statement read.

“The first (issue) is, even as we speak now, there are still queues. The issue of the ongoing scarcity is one problem that the committee needs to go back to look into so that Nigerians can be reassured that this will not reoccur.

“The second problem is that the subsidy is important, however, based on the figures that have been presented, it is clear that there is a bigger fraud that is being perpetrated. This is because the amount of PMS (premium motor spirit) that is allegedly coming into Nigeria cannot be consumed by Nigerians. We consume about 27 million litres a day, while it has been alleged that 40 million litres a day of PMS is being brought in. There is a discrepancy somewhere.

“At the end of the day, it is Nigerians that are paying for this subsidy fraud because it is not transparent, and it is only being run by one MDA (ministries, departments, and agencies). The third problem has to do with the principle of MDAs incurring expenditures without the necessary approval by the legislature.”

Saraki said sub-committees would be assigned to look into the aforementioned issues for a full scope resolution.

Furthermore, the Senate has directed its Committee on Public Accounts to conduct an open investigation on reports of imposition of new fuel subsidy regime without the approval of the National Assembly.

Meanwhile, the Senate has further revealed that the NNPC and independent oil marketers defrauded Nigeria to the tune of N784.7 billion on surplus volume of fuel importation of about 5.9 billion litres in 2017 alone.

It equally directed its Committee on Petroleum Resources (Downstream) to carry out a thorough investigation on the alleged fraud.

The Senate also threatened to sanction the executive constitutionally on any unappropriated spending made, henceforth, particularly as regards the illegal subsidy regime of N26 per litre being effected on fuel sales in the country.