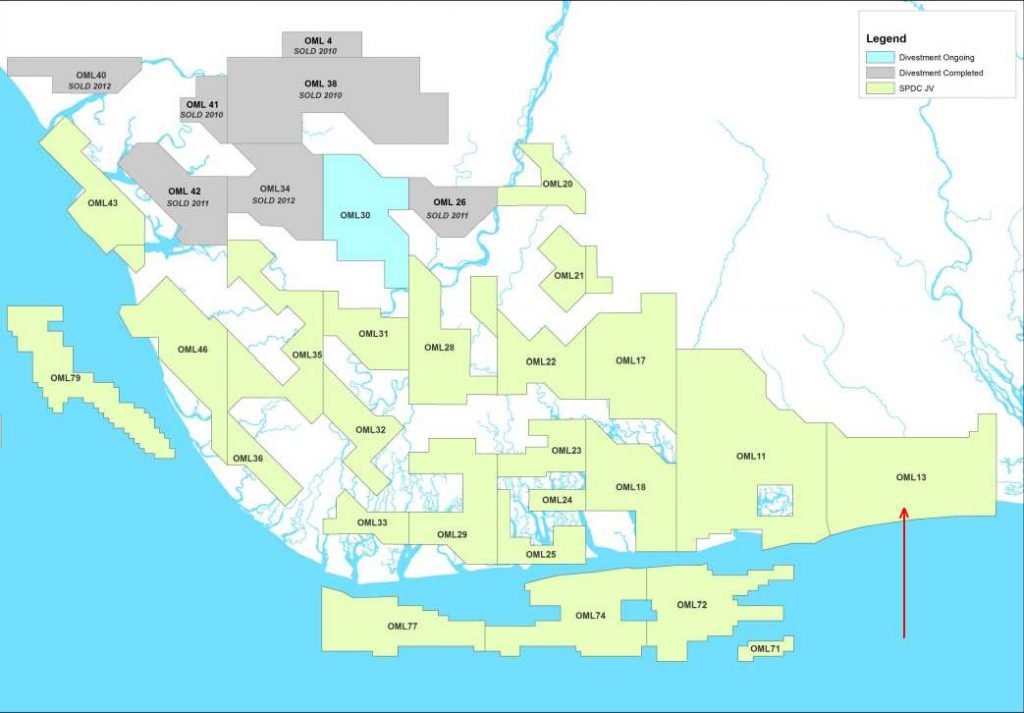 The summon came as a result of a petition sent to the Senate by the national coordinator, Global Peace and Sustainability Network, Mr. Longers Anyanwu.

The Chairman of the Committee, Sen. Sam Anyanwu, speaking at the hearing yesterday in Abuja, said the Managing Director of SPDC had already been invited three times but refused to appear adding that a warrant of arrest would be issued against the MD if he fails to honour the fresh summons.

The NNPC was accused of re-awarding the revoked licence by executive fiat to one of its subsidiaries, Nigerian Petroleum Development Company, NPDC, without the stipulated licensing round bids, thereby shrouding the transaction in secrecy.

Also summoned was the management of SPDC to explain its role in the revocation of OML 13 which the committee said could become another scandal like the one caused by Malabu OPL 245, if not properly resolved.

Speaking before the committee, Sen. Anyanwu, said OML 13 is an onshore oil block on the Eastern Niger Delta, with an acreage of 1,923Sq.m, a production capacity of about 33,500 barrels daily, comprising 39 oil wells and that it is made up of Oil Prospecting Licence, OPL, 2001, 2002 and 2003, formerly operated by SPDC but was revoked along with other blocks in 2005.

According to the petition, “OML 13 was offered in the 2007 Licencing Rounds where Jahcon International Limited won OPL 2091, Hi-Rev Exploration and Production won OPL 2002 while Oil and Industrial Services Limited won OPL 2003, with commitments to pay signature bonuses of $ 46 million’ $66 million and $34 million respectively.”

“The said OML 13 was sometime between February and March 2016, revoked and awarded to Nigerian Petroleum Development Company, a subsidiary abs of the production arm of the Nigerian National Petroleum Corporation, NNPC, through executive fiat and without going through the statutory Licencing Bids Rounds.”

It added that “Curiously, this OML 13 which was awarded to the NPDC through an executive fiat has been re-awarded to Sterling Oil Exploration and Energy Production Company, SEEPCO, without as much as this offer going through an open tender abs the advertisement of a Licencing Bids Round by the relevant authorities.

“It is evident that this transaction is shrouded in mystery and under the table circumstances. Hence, it is the intention of this petition to compel the Senate to use its position to cause a full scale inquiry into this ambiguous transaction.

“From our investigation, we are able to establish that NPDC and SEEPCO could not produce evidence of fair play either in the award of OML 13 or, in the unlikely circumstance in the award of a contract of farm Out, farm In by the NPDC to SEEPCO as stipulated by the extant Nigerian laws regulating operations in the oil and gas industry and the Public Procurement Act which regulates the activities of agencies defined in the Act as procuring agents.”

Sen. Anyanwu called for outright cancellation and reversal of the entire process, which he said is shrouded in fraudulent and corrupt processes and never complied with the laid-down procedure contained in the extant laws, regulations and guidelines established for operations in the oil and gas industry.

The chairman of the Committee added that the Senate would ensure that all conduits through which the nation’s resources are siphoned are blocked.

In a letter dated August 30, Mr. Kachikwu accused Mr. Baru of a frivolous award of contracts without recourse to due process and also insubordination.

According to the letter addressed to the President Muhammadu Buhari, which leaked to the public, Mr. Kachikwu said the NNPC boss awarded multi-million dollar contracts without following due process.

Mr. Baru, however, denied the allegation, saying he sought the approvals of the vice president, Yemi Osinbajo in the processes criticised by Mr. Kachikwu.

The vice president after a period of silence later responded by defending the contract award process.