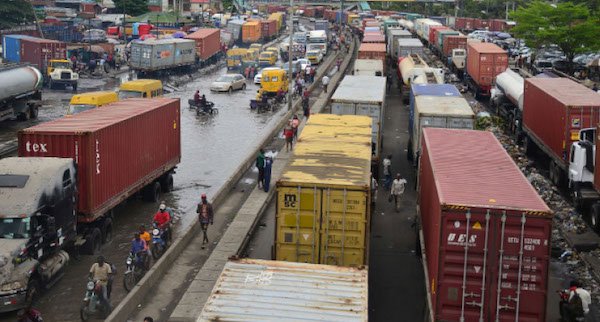 Lagos — The Council of Maritime Transport Union Associations, COMTUA, has protested the indiscriminate arrest and issuance of ticket fines on vehicles hijacked by officials of the Lagos State Committee on Abandoned Vehicles, saying that if urgent steps are not made to put a stop to it, the development could lead to the breakdown of law and order.

In a letter to the Special Adviser, Lagos State Ministry of Transport, the Legal Director of COMTUA. Mr. Temilorun Komolafe said that vehicles are hijacked from drivers while in transit and driven away as abandoned vehicles adding that these vehicles are driven carelessly, thereby causing damages to some of them.

Komolafe explained that officials of the Committee freely carry and use arms and ammunition by Policemen and thugs attached to intimidate members of the group in a bid to carry out this operation.

In the letter dated 28th January 2022, Komolafe disclosed that fine papers are hardly issued, rather cash collections ranging from N300,000 to N500,000 are accepted.

Where fines are issued it contains N150,000 as Towing, when trucks were driven, while N50,000 are collected as money treatment for injured personnel

Part of the letter reads, “Indiscriminate Arrest and Discrepancies Associated with Issuance of Fine Tickets by Agency on Abandoned Vehicles.

“We wish to draw your attention to issues of irregularities surrounding the above-mentioned agency under the ministry of Transportation some of which include hijacking vehicles from drivers while in transit and driven away as ABANDONED vehicles and driving vehicles carelessly, thereby causing damages to some vehicles.

‘‘ Vehicles are deliberately kept for many days to generate daily charges of N2,000/day as demurrage.

‘‘There is no medium to seek redress or contest the ticket issued rather than extortion.

“Our members are harassed and injured mostly by thugs attached to their team.’’

The Managing Director of the Nigerian Ports Authority, NPA, and the Executive, Secretary, Nigerian Shippers’ Council were also copied in the petition.