We want oil production to commence in Ogoni -Monarchs 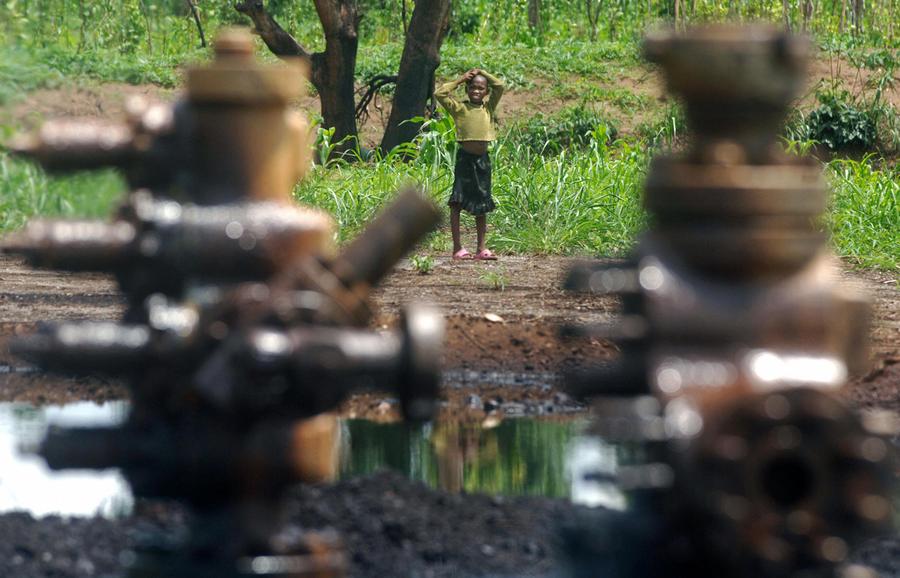 28 December 2017, Sweetcrude, Port Harcourt – Monarchs in Ogoniland under the auspices of Supreme Council of Ogoni Traditional Rulers, have said that they are ready to accept any company that wants to explore oil in the area.
The decision comes contrary to the earlier decision by the socio-cultural Ogoni group, MOSOP and other pressure groups in the area, to resist resumption of oil exploration and production activities until the implementation of the Ogoni clean up.
But at the general annual meeting held at the palace of leader of the Supreme Council of Ogoni Traditional Rulers, His Royal Majesty, King Godwin Gininwa, in Tai Local Government Area of the state, the monarchs said the communities of Ogoni are ready to work with any company that will come to explore oil in the area.
Speaking to newsmen, the Publicity Secretary of the group, HRH Samnuel Nnee, explained that resumption of oil production activies in Ogoniland, would brought about social and economic development in the area, adding that it will give jobs to youths of the area and put to end agitations, cultism and criminality.
Nnee who is the paramount ruler of Kpite community, HRH Samuel Nnee, commended the Federal Government for keeping to its promise of remediating Ogoniland, but urged the government to fasttrack the process in the interest of the people of the area whose health are being affected.
“We are happy over the government’s recent action on the commencement of oil exploration in Ogoniland.  We the fathers of the land, who also hold land in trust for the government and the people are happy.
“We believe that exploration of the minerals in our land will turn things around for good. Today our youths even with the best education are roaming the streets without jobs. If oil exploration resumes life will return to Ogoni.
“We will embrace and we are ready to work with any company which the Federal Government gives approval to explore our oil. Any company that has been given approval to come should see us, the Ogoni fathers first.”
Nnee, however, noted that the royal fathers want the clean-up exercise and the resumption of exploration in Ogoniland to work side-by-side, but strees the need for speedy implementation of the UNEP report.
“We have experienced many fast track actions on the process, but we are using this opportunity to call on the Federal Government to speed up the tempo for us for the Ogoni people to have a clean environment.”
Meanwhile,  a group know as Ogoni Community Development has accused an oil firm, RoboMicheal of bribing the chiefs with money in efforts to resume oil production in the area.
President of the group, Mr. Johnson Kuele, further alleged that security forces have been deployed to the area to repel any group or individual in Ogoni that may resists the planned resumption of oil production in the area.
Kuele described RoboMicheal as an Abuja based company with strong connections within Aso Rock which is determined to force oil production in Ogoniland at all costs. He called on  the relevant authorities to immediately call the Port Harcourt division of the Nigerian army to order and stop the dehumanization and violations of civil rights in Ogoniland.
According to him, “Information reaching us has confirmed that one RoboMicheal Limited has forced its way into the premises of the office of the Movement for the Survival of the Ogoni People (MOSOP) distributing monies to some chiefs and youths to support its efforts to resume operations in Ogoniland.
“There are currently 10 military trucks and an armored carrier deployed from Port Harcourt and stationed at the secretariat of MOSOP in Bori, Ogoniland to repel any resistance to hold the meeting with government appointed chiefs and allies of Shell.
“This may be the beginning of renewed military clampdown on activists in Ogoniland standing against resumption of oil mining in Ogoni without first implementing a set of demands including cleaning the massive pollution in the area which has had profound effects on the health of the people,” Kuele said.