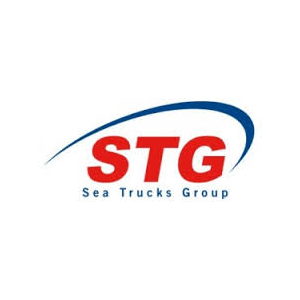 28 October 2017, Sweetcrude, Lagos – Leading provider of offshore engineering, procurement, fabrication, installation and vessel charter services in Nigeria, West African Ventures Limited, WAV, has raised alarm over what it termed “the dishonest moves by former expatriate employees in Sea Trucks Group, STG, to illegally take over some assets of WAV and steal the business from its Nigerian owner.

In a statement signed by the management, WAV noted that the recent information being circulated in the media by STG was in a bid to discredit WAV as a thriving Nigerian company.

According to the statement, Mr. Jacques Roomans, a Nigerian citizen of Dutch heritage, established his business, Sea Trucks Nigeria Limited (STNL) since 1977, and is the beneficial owner of both WAV and STG.

Crisis began when some “former expatriate employees of STG and WAV formed a cabal within the system to edge out the original owner through a complex business arrangement with other third parties. This was surreptitiously perpetrated while the cabal members were still in the employment of STG and WAV.

“Mr. Roomans was unlawfully removed from the Board of the company he founded and managed for over 40 years. The execution of the plot was done in connivance with some Bond Holders (investors who have bought the bond offerings by STG), acquaintances of the former expatriate employees.

“STG and WAV while under common ownership and control, shared common bank accounts. At present, the cabal has taken over the monies in the STG’s foreign accounts which stood at over US$27m at the time, preventing WAV from paying Nigerian contractors and employees from monies earned from Nigerian operations.

“Whereas the common assets of STG and WAV were funded by the proceeds of Nigerian business and loans from Nigerian Banks, the cabal are now attempting to lay claims to the entire assets by relying on mere administrative arrangements set up at a time of common ownership and control,” the statement said.

The statement added that in the face of the alleged conspiracy, the owner filed two separate matters and the court has issued a Status Quo Order directing that all the parties should maintain current arrangements relating to the vessel charter of the vessels presently operated by WAV in Nigeria, until the issues between STG and WAV are resolved by the court. Furthermore, NIMASA has affirmed that the Certificates of Registration and other Licences for these vessel charters remain valid and subsisting.

The statement further read: “To further perpetrate their illegality, the cabal disregarded the Nigerian courts and engaged in extra-judicial activities, including writing directly to misinform clients of WAV; spreading false and malicious information about WAV; attempting to terminate the arrangement under which WAV operates its vessels and instituting arbitration proceedings in London, for matters which are already being considered in the Nigerian courts.

“The management of WAV, note in strong terms, that it will protect the interest of Nigerians at all costs including enforcing its right under the Non-Competition & Non-Circumvention Agreement, which prevents the cabal from doing any business or presenting any asset for business in Nigeria, without the consent or approval of WAV.

“WAV said the cabal which comprised some British expatriates cannot reap where it did not sow, by stealing the funds and assets of a company built by a Nigerian with Nigerian funds and catering for the welfare of millions of Nigeria.