With PIB, Nigeria set for stability in oil sector 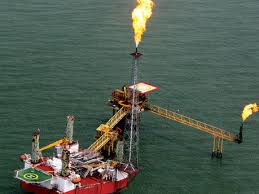 02 July 2012, Sweetcrude, LAGOS – NIGERIA might be heading for unprecedented stability in its oil and gas sector, with the passage of its much-anticipated oil industry law, known, at the current stage, as the Petroleum Industry Bill (PIB).

A new, harmonised version of the bill was submitted to President Goodluck Jonathan by Petroleum Minister Diezani Alison-Madueke on Friday.

And if all goes well, the bill would in the next two weeks be with the National Assembly, which has pledged to accord it special attention and, possibly, early passage into law.

Informed industry sources say the new bill, when passed into law, would likely usher in a new era of stability, deriving from efforts by the authors of the bill to use it to redress all controversial issues in the oil and gas sector.

One of these issues is that of fiscal regime, specifically on taxation. on which the multinational oil companies operating in the country are said to have been given a favourable deal in the bill.
The bill, according to the sources, has also taken care of outstanding issues on pricing of natural gas, which all along had been the single most disturbing factor to investment in the area of exploiting the gas for economic benefits rather than flaring.

Industry sources are optimistic that the new bill, if passed into law, will end years of suspicion between the Nigeran government and the multinational oil compamies as it has clearly spelt out conditions for engagement, besides offering attractive carrots.

These will go to boost confidence in the Nigerian oil and gas sector; in the processes, driving investment that had waned in at least the last five years.

The development would also bring back businesses that had fled Nigeria to rival Angola and emerging producer Ghana, in the last couple of years for lack of favourable environment in Nigeria, sources say.
More over, it would also reinvigorate exploration, which has dipped to the lowest ebb in the last few years as uncertainty in the environment forced industry operators to pull back on expenditure.

Olorunsola, who spoke when members of Nigeria’s House of Representatives Committees on Gas visited the DPR Headquarters in Lagos in line with their oversight functions, was, however, of the belief that the bill when passed into law, would reverse the trend.

So also, other industry experts, believe.
The new Petroleum Industry Bill has also given the Petroleum Minister increased powers, which, industry observers say, will give Nigeria firmer control of the sector that has been largely characterised by abuse of processes by operators, besides the corruption that has remained endemic in the industry.