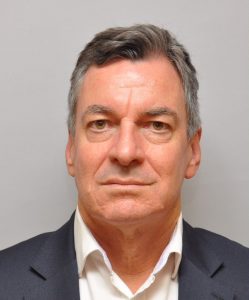 07 October 2017, Sweetcrude, Lagos – Aiteo has announced the appointment of Mr. Bruce Burrows as Global Group Chief Financial Officer, CFO, with effect from November 18, 2017. He will report to the Executive Vice-Chairman, Global Group Aiteo.

A statement by the company said “Bruce brings a wealth of experience from different parts of the world in the oil and gas, power, mining, manufacturing, consumer products, finance and public service sectors. Most recently, he held CFO roles at Lekoil and Seven Energy respectively. Both are oil and gas exploration and production companies with a focus on Nigeria and West Africa”.

Prior to those roles, Bruce was for 14 years the Finance Director of JKX Oil & Gas Plc, a London-listed exploration and production company with interests in Ukraine and Central/Eastern Europe.

Whilst with Ernst & Young in both Wellington (New Zealand) and London, Bruce focused on strategic advice and external audit across the energy, primary industries, manufacturing, consumer products and public service sectors.

Bruce has also served on the Board of three further publicly listed natural resources companies including European Goldfields Limited, a resource company involved in the exploration, mining and development of mineral properties in Greece, Romania, and South-East Europe (the Company was listed on the AIM market of the London Stock Exchange and the Toronto Stock Exchange, before being acquired in 2012 by Eldorado Gold for approx. $2.4bn).

Commenting on his appointment, Bruce Burrows said: “Many leading figures in the global oil market have kept one eye on Aiteo following the staggering progress they have made over the past year. It is a great privilege to be a part of one of the most progressive energy companies operating anywhere in the world today. I fully endorse the leadership vision that Benedict Peters has put into place at Aiteo and look forward to contributing to Aiteo’s next chapter.”