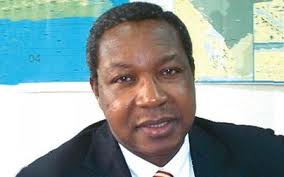 *Says new PIB to be made public in six weeks

04 May 2012, Sweetcrude, Houston, Texas – The Director of the Department of Petroleum Resources, DPR, Osten Olorunsola has disclosed that the Federal Government would soon commence the bidding process for the award of marginal oil fields to interested Nigerian companies over the next few weeks.

Olorunsola, who made the disclosure to journalists at a forum organized by the Association of Nigerian Petroleum Professionals Abroad (ANPPA) and the Petroleum Technology Association of Nigeria (PETAN) at the on-going Offshore Technology Conference (OTC), in Houston, Texas, added that once the process begins in a few weeks time, it would take about six months to complete.

He said, “In the next few weeks we would be getting an approval to start the process. That approval includes the number of fields, the guidelines and the timelines; and until that approval is given by Mr. President , I’m afraid, I can’t comment on specific details.”

Olorunsola further disclosed that the government was ready to make public details of the new Petroleum Industry Bill (PIB), stating that every effort has been put in place to make sure that the new bill represents the aspirations of the average Nigerian for the oil and gas industry.

Don’t forget that there are so many stakeholders involved on the issue of the PIB, but we anchored everything we did on five key principles including openness, transparency, incomplexity, increasing indigenous participation and increasing revenues to the government, and these are the principles that have guided every legal and regulatory provision of the PIB.

Olorunsola argued that the current PIB does not discriminate against the multinational oil and gas companies, stressing that, “What we have always stated is the need for fairness in the management of the nation’s crude resources.

“Indeed, the IOCs have been complaining that they needed a bit more uplift in terms of the fiscal provisions of the Bill, and we have looked at those and there were opportunities improve on what we had before. We have ensured that the PIB will be fair to all concerned.

“One of the objectives of the bill is to increase investment in the sector, and if you do not make a point to create a fair, balanced and transparency system, you may achieve one thing and kill ten other things, and that is why we have taken time to look at the bill and ensure what we put out there is fair to all stakeholders,” he added.

He also pointed out that the failure to pass the PIB over the years was partly to blame for the poor state of affairs in the sector, including the decline in the reserves.

He added that, “If you look at the reasons every discretionary awards are made, they are very compelling. In the case of Okwuoka and Ibok, for instance, they were discretionarily awarded because they company that owns those blocks when Nigeria did boundary readjustment with Equitorial Guinea, those blocks went to Equitorial Guinea. So it made sense for the President to go ahead and award them in the manner he did.”