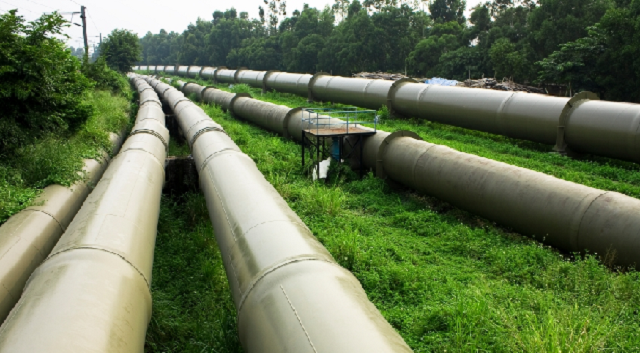 This, the NNPC declared in a statement in Abuja, would boost the supply of petroleum products in Oyo State and across the entire South West region of the country.

Group Managing Director, Dr. Maikanti Baru, who flagged off the resumption of loading operations at the Depot, said the re-commissioning was in fulfilment of the Presidential mandate of revamping the nation’s critical oil and gas infrastructure for the benefit of the citizenry.
“It is one of the key mandates of the present administration to revamp these abandoned assets and put them back to work for the overall security and improvement of petroleum products supply and distribution for the benefit of all Nigerians,” Baru stated.

He further stated that the NNPC had rehabilitated its System 2E (Port Harcourt to Aba), System 2D (Kaduna to Kano) and the Atlas Cove to Mosimi segment of the System 2B pipeline, which has led to the commissioning of Aba, Kano and Mosimi depots.

While noting that efforts were also underway to re-commission the remaining parts of the System 2B pipeline (Mosimi to Ore depot and from Ibadan to Ilorin depot), Baru also announced the conclusion of rehabilitation work on the System 2E (Aba – Enugu) pipeline segment.

“Very soon, these depots will experience the impact of our collective resolve to get the critical infrastructure back on stream,” he added.

Baru noted that Nigeria’s energy supply security is underpinned by a robust pipeline network of over 8000 kilometres used for the transportation of crude oil, petroleum products and natural gas, of which NNPC has the largest downstream footprint with over 5,120km of pipeline network and 21 depots spread around the country.

He, however, expressed dismay that over the years, these critical national assets had become the subject of incessant vandalism, theft and sabotage which result in huge loss of revenue, lives and property as well as serious damage to the environment.

“It is rather unfortunate that any time oil pipelines and associated facilities are vandalized, our ability to supply petroleum products to the nation is hampered, and the livelihood of many law abiding people negatively impacted,” he said.

He informed that since coming on board, the NNPC has re-streamed a number of its pipelines, leading to a massive resumption of loading operations in Depots within those areas.

He commended the Oyo State Government for its consistent support over the years, which has immensely contributed to safeguarding NNPC’s Pipeline Right of Way (PROW) that feeds the Ibadan Depot.