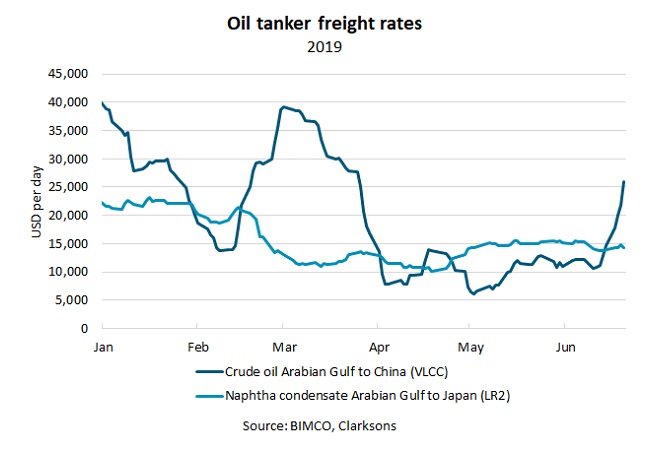 New York/Houston/London/Singapore — Freight rates to ship U.S. crude to Asia continued to surge, with costs to charter a supertanker rising to a record $12 million on Thursday, shipping sources familiar with the matter said.

South Korea’s top refiner, SK Energy, tentatively chartered the supertanker Maxim to ship U.S. crude to South Korea in November for a record $10 million earlier in the week but that fixture has since failed, the sources said.

The company now has conditionally booked the Pacific M at a new record of $12.35 million, according to two shipping sources and Refinitiv Eikon shipping data.

Tanker rates had already started to climb after attacks on Saudi Arabia’s oil facilities last month that temporarily cut Saudi oil production by more than 5 million bpd, or about half the country’s output.

“What is happening (in the USGC tanker market) is a combination of the attacks on Saudi because they lost oil (capacity) and so for the last couple of weeks you have fewer vessels that were fixed (from Saudi) to discharge in the USG (US Gulf Coast),” said Ashok Sharma, managing director of shipbroker BRS Baxi in Singapore.

U.S. crude exports have surged since a decades-long ban was lifted in late 2015. The exports rose to an average 2.9 million barrels per day (bpd) in the first half of 2019, according to the U.S. Energy Information Administration.

The top regional destination for U.S. crude oil was Asia and Oceania at 1.3 million bpd in the first half of 2019.