Oil theft: Navy apprehends 600mt of AGO in Bayelsa 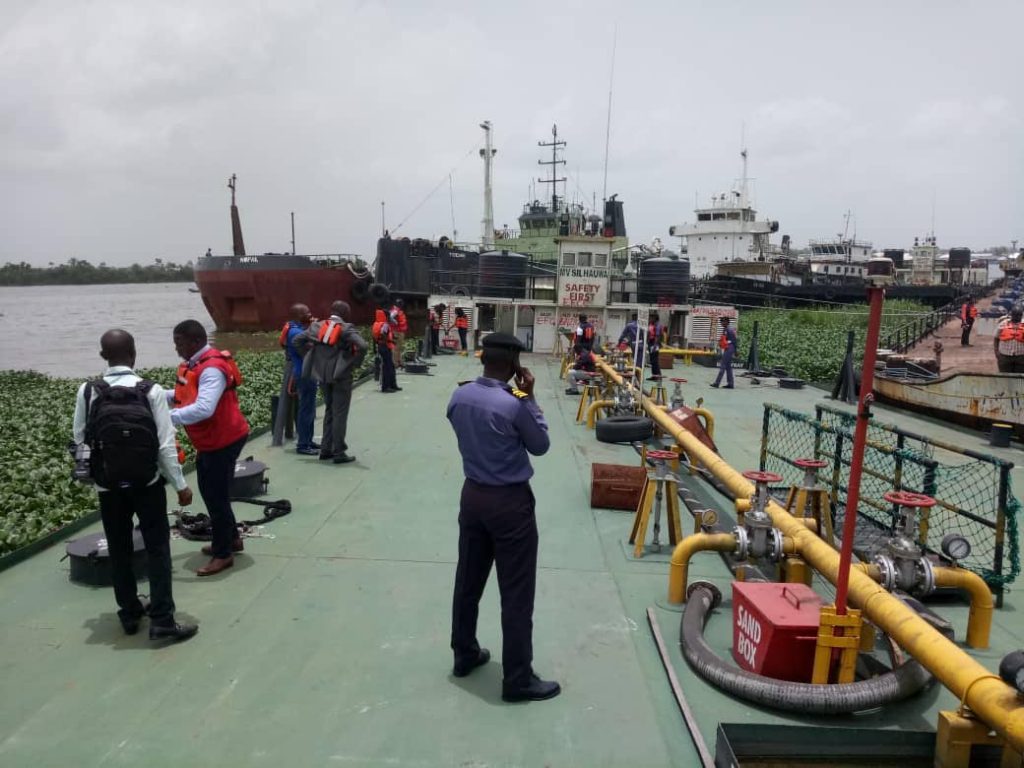 *Navy hands over vessel with alleged stolen crude to the EFCC.

Port Harcourt — The Nigerian Navy says it has handed over 600metric tonnes of suspected illegally refined Automotive Gas Oil (diesel), to the to the Economic Financial Crimes Commission in Bayelsa State, for onward prosecution.

Director of Naval Information, Commodore Suleiman Dahun said the Navy also handed over one barge, one tug boat and three crew members involved in the illegal bunkering, to the anti-graft agency.

Dahun explained that the suspects and the sea vessels were apprehended at Nigerian Agip Oil Company, NAOC Terminal in Brass, Bayelsa State.

“Forward Operating Base Formoso has handed over an arrested barge Ebizarh and a tug boat Hebizarh, with three crew members to the Economic Financial Crimes Commission, EFCC.

He said during the operation, nine suspects were also arrested, three outboard engines and two pumping machines were seized.

He added that the Naval Headquarter commends the sustained efforts of the Base in checking smuggling activities.

“The arrest of these criminals brings the number of seized rice in August 2019 to 919 bags and the total number of bags of rice seized so far by the Nigerian Navy in 2019 to 9,489 bags.”

“The Base is similarly enjoined to sustain efforts towards curbing all forms of illegalities, especially smuggling activities in line with the objectives of the ongoing Operation Swift Response.”