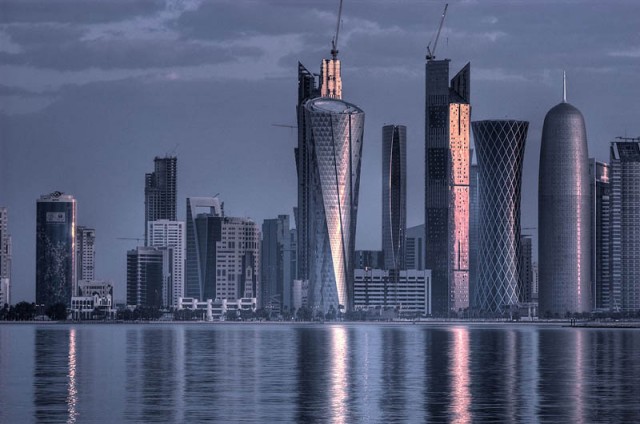 01 October 2017, Dubai — Qatar’s economic growth slowed in the second quarter to its lowest rate since the global financial crisis because of a sagging oil sector, while sanctions by other Arab states inflicted minor damage, official data showed on Sunday.

Gross domestic product, adjusted for inflation, expanded just 0.6 percent from a year earlier in the April-June period, the slowest growth since the 2009-2010 crisis. GDP grew 0.5 percent from the previous quarter.

The main reason for the slowdown was the mining and quarrying sector, which includes oil and gas output; it shrank 2.7 percent from a year ago. Last December, Qatar and other global oil producers agreed to cut output to support prices.

The non-oil part of the economy grew 3.9 percent from a year earlier in April-June, slowing from 4.9 percent growth in the first quarter, and was flat compared with the previous quarter. That suggested the sanctions were having an impact, but not enough to push Qatar into recession.

Saudi Arabia, the United Arab Emirates, Bahrain and Egypt cut diplomatic and transport ties with Qatar on June 5, accusing it of backing terrorism, which Doha denies.

The sanctions temporarily disrupted many imports into Qatar by closing its border with Saudi Arabia, and by forcing shipping lines to establish new routes to offset their loss of Dubai as a trans-shipment centre.

The second-quarter figures suggested this disruption was not crippling for the economy, however. Manufacturing output was flat from a year earlier and grew 1.2 percent from the previous quarter.

The construction sector expanded 15.3 percent from a year ago although it shrank 4.1 percent from the previous quarter, indicating that while some projects may have been slowed by temporary shortages of materials, Qatar’s building boom continues.

Other data released for individual months in the third quarter indicate the impact of the sanctions is fading. Imports into Qatar rebounded in August, and the government said on Saturday that July manufacturing output rose 2.7 percent year-on-year and 4.5 percent month-on-month.

Manufacturing of food products soared 39.8 percent from a year ago and rose 9.8 percent from the previous month in July as Qatar, which previously relied heavily on food imports across the Saudi border, sought to become more self-sufficient in food processing.