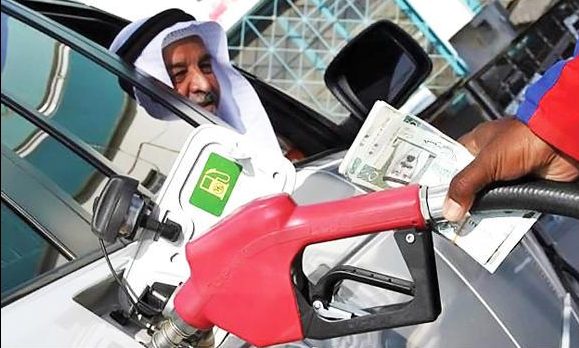 *A motorist purchasing gasoline in the Kingdom of Saudi Arabia.

The initiative, aimed at more efficient energy use, coincides with an ambitious reform plan to boost sources of revenue and wean the world’s top crude exporter away from oil.

The kingdom will slow plans to eliminate subsidies for a wide range of energy products, according to a new long-term fiscal plan in the 2018 state budget released last month.

King Salman formally announced on Dec. 20 that the target date for eliminating the government’s budget deficit would be pushed back to 2023 from the original target of 2020, in order to reduce pressure on economic growth.

The Kingdom announced its broad reform initiative in 2016, saying it aimed to “enhance the level and quality of services” provided by the government and “achieve a prosperous future and sustainable development.”