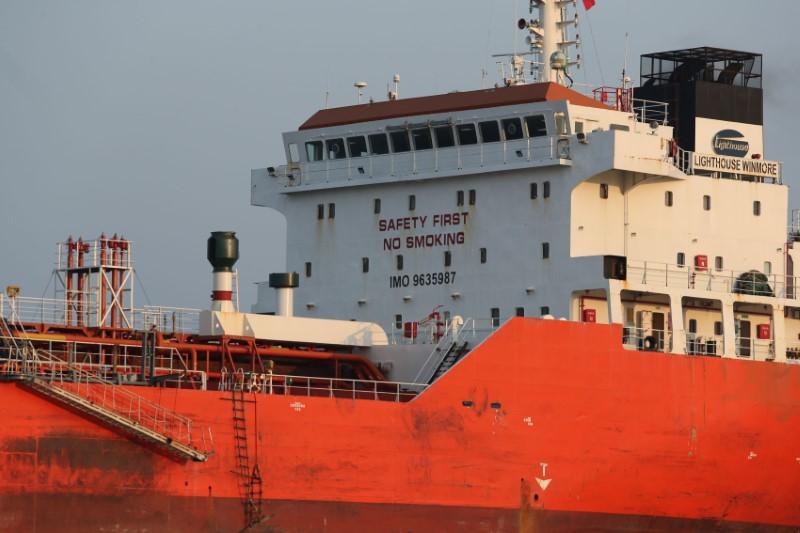 The Lighthouse Winmore, a Hong Kong-flagged vessel suspected of transferring oil to North Korea in defiance of international sanctions, is seen in the sea off Yeosu, South Korea December 29, 2017. Yonhap via REUTERS

01 January 2018, News Wires – The South Korea government has seized another oil vessel suspected to be on its way to supply North Korea with oil products.

According to a report by CNBC on Sunday, the Panama-flagged vessel was seized because it violated international sanctions.

The tanker was the second seized within a few days.

North Korea is currently under sanction by the United Nations as it increases efforts to limit essential oil supplies to the North following its nuclear missile tests.

The ship, KOTI, was seized at Pyeongtaek-Dangjin port on the west coast, south of Incheon, an official told Reuters.

A marine official also confirmed the seizure, which he said was done “recently”.

The KOTI’s estimated time of arrival at the port was Dec. 19. According to VesselFinder Ltd., a tracking service provider, the ship can carry 5,100 tonnes of oil and has a crew mostly from China and Myanmar, Yonhap News Agency reported, adding that South Korea’s intelligence and customs officials are conducting a joint probe into the vessel.

A Foreign Ministry spokesman also confirmed the probe, refusing to give further details.

“The government has been in close consultations with related countries and ministries to thoroughly implement the sanctions by the U.N. Security Council,” the spokesman said.