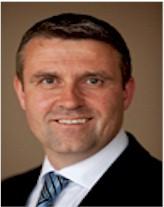 Lagos — Total E&P Nigeria Limited has said education ranks top in its Corporate Social Responsibility, CSR, and that it has supported over 50,000 students as part of its contribution to education in the country over the years.

Disclosing this in Lagos, the company’s Executive General Manager, CSR and Medical Services, Mr. Vincent Nnadi, stated that besides education, the company is also focused on capacity building through CSR.

He spoke while highlighting the company’s developmental strides in its host communities through CSR.

“Total has identified several commitments as priorities for social welfare, with education ranking at the top of the list. Our international subsidiaries therefore support numerous programmes relating to education.

“The company is currently focused on education and capacity building through its CSR,” Nnadi said as he explained that the company’s CSR initiatives cover the nation’s six geo-political zones.

The executive general manager, who revealed that the company invests over 40 million dollars annually on CSR, stated that as part of the contribution to education, the company offers scholarships across post-primary and post-secondary education, covering 80 tertiary institutions in the country recognised by the National Universities’ Commission, NUC. The company also offers post-graduate scholarships  in local and foreign universities, he said.

Also, according to him, there is a scheme called ‘Catch them Young,’ which allows bright pupils to be identified in primary schools in rural communities and placed in the best secondary schools in Port-Harcourt under Total sponsorship.

He also spoke of the NYSC Scheme where graduates in their national service were engaged and posted to secondary schools in the host communities to teach science subjects.

Nnadi said the company also had a Teachers Programme where science teachers were paid incentive in the host communities to motivate them, while workshops and training programmes were also organised to improve their techniques.

He revealed that Total had also undertaken the construction of lecture theatres, classrooms, hostel blocks, renovation of schools, amongst others.