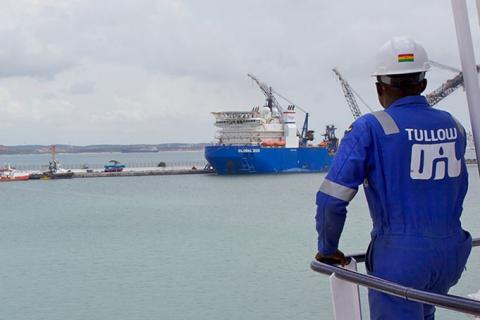 29 October 2017, Nairobi — Kenya’s plans to build an oil pipeline for its Turkana deposits got a major boost Tuesday after the government signed an agreement with British oil explorer Tullow that allows initial works to begin.
Tuesday’s pact, which also includes Africa Oil and AP Moller-Maersk, paves the way for commencement of early works such as mapping the pipeline path and environmental assessment for compliance.
The pipeline – to run 865 km between Lokichar and Lamu on the Kenyan coast – would cost Ksh210 billion ($2.1 billion) and is expected to be complete in 2021.

Investor bids
“This joint development study agreement provides the framework for the pipeline’s development,” said Energy Cabinet secretary Charles Keter.
Mr Keter said that the framework gave the ministry the right to start inviting investor bids from next week and to prepare the pipeline’s design, dubbed front end engineering design (FEED) as well as carry out an environmental social impact assessment (ESIA) study.
Tullow initially struck oil in Turkana’s Lokichar basin in northwest Kenya in 2012, and has since followed it up with a string of other finds, putting the country on the path to becoming a producer of the black gold. The recoverable reserves are estimated at 750 million barrels of crude, considered commercially viable.
Kenya last July delayed a plan to start small-scale crude oil production of about 2,000 barrels per day for transportation to Mombasa by road and loading on ships for export.

Turkana oil is classified as waxy and sticky, making it necessary to heat it during transportation, a quality that is expected to determine the design of the pipeline.
Talks with Total

Tullow has been exploring and developing the Turkana oilfields jointly with partners Canada-based Africa Oil and Danish firm Maersk.
Kenya opted to go it alone in building the pipeline after oil-rich Uganda, which originally agreed to partner with Kenya, dropped the plan and went for an alternative line through Tanzania.
In August, Maersk Oil, which owns a quarter of the Turkana oilfields, announced it was selling its global upstream business, including its assets in Kenya, to oil major Total.
Total is the main developer of Uganda oilfields and played a major role in influencing Uganda to dump Kenya for the Tanzania route.

Asked about a possible fresh round of talks between the government and Total, Mr Keter said it was “still too early to comment anything.”
Kenya is banking on oil exports to earn the much-needed petrodollars it hopes will help stem the rising tide of public debt that stands at half the gross domestic product (GDP).
Energy ministry officials reckon that Kenya will make a profit from oil sales at $34 – $50 per barrel.
At $34, Kenya’s break-even level is higher compared with top producers like Saudi Arabia ($9), which pumps out 10 million barrels a day and Venezuela ($23.50).
Nigeria’s profit level is $31.60, Angola ($35.40) and the US ($36.20), according to Norway-based consultancy firm Rystad Energy.