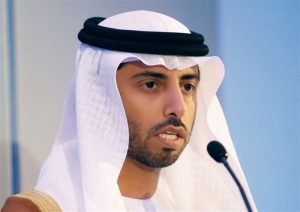 “We are hopeful that the meeting in November will be a good meeting, that it will not be so difficult to reach consensus,” Mazroui told reporters in Abu Dhabi when he was asked about the prospect of an agreement on extending the oil output cut deal.

He said he expected the oil market to recover in the second half of the year. Asked whether any new members would join the output cuts this time he said: “all is on the table: the rollover on how many months…I‘m hopeful.”