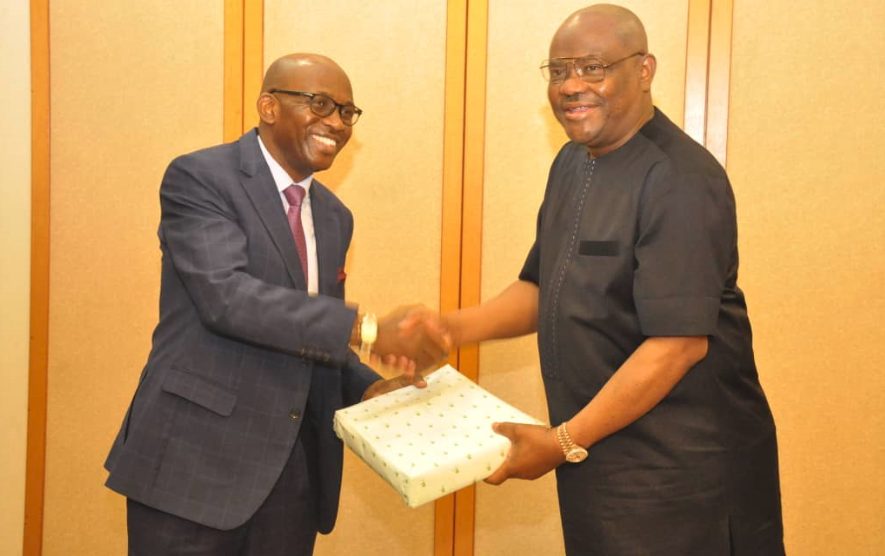 The governor particularly eulogized the former NLNG boss for ensuring that all fabrication works for the company’s $10billion Train 7 project will be done in the state.

Governor Wike at the send off ceremony of Mr Tony Attah, in Port Harcourt, thanked the former NLNG helmsman for the convivial relationship which the company maintained with the government and people of Rivers State, under his leadership.

The governor said Attah will be remembered for overseeing the commencement and completion of NLNG corporate headquarters building in Port Harcourt.

The governor remarked that by ensuring the speedy completion of the NLNG headquarters in Port Harcourt, Mr. Attah had proved that the claim of insecurity in the Niger Delta by IOCs is indefensible.

The governor declared that posterity will forever be kind to Mr Attah for all his good deeds as the Managing Director of NLNG.

“Any government that is committed to the development of the country must engage technocrats like Mr. Attah.

The governor enjoined the new NLNG Managing Director, Dr. Philip Mshelbila to emulate his predecessor and sustain the existing cordial relationship with the state government.

He implored Dr. Mshelbila and the Board of the NLNG to collaborate with the Rivers state government to develop a vast reclaimed expanse of land opposite the NLNG corporate headquarters in Port Harcourt.

“Everybody should come back here. This is where it is happening. Philip, opposite you, we have sand filled the area, provided infrastructure . Come and partner with us. Chairman (NLNG Board, Edmund Daukoru, the Amayanabo of Nembe) you are from Niger Delta, tell your people to come and get a place here. They should not be living in Lagos and flying in and putting the cost on your head. Let them come here. The safest place is here. Rivers state is very safe.”